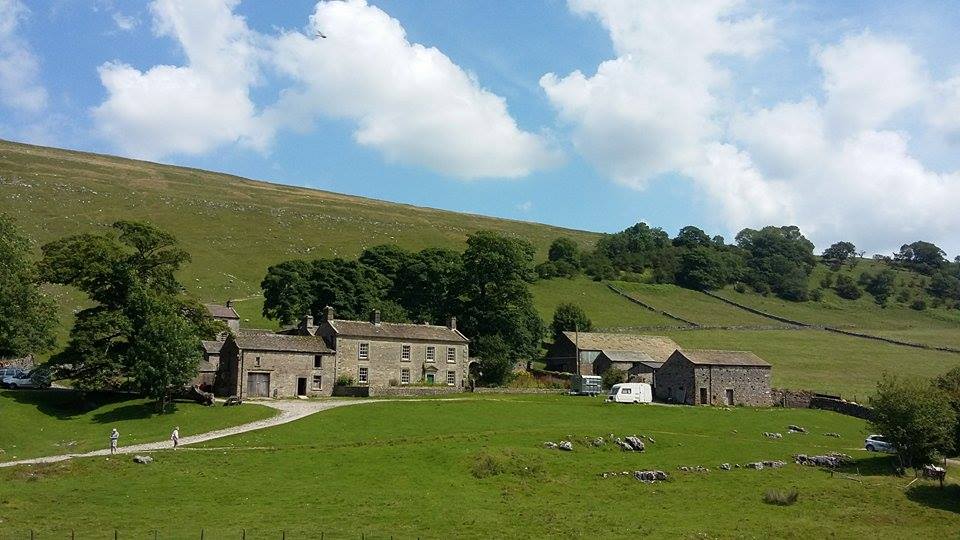 The Leeds University students who have recently become part of the volunteer group involved with Voices from the Land have headed out for their first farmer interview, into Wharfedale on a fine summer’s day. Holly Smith shares her experience in this week’s blog.

It was back in April when I first got involved in the Voices from the Land project. An email was sent round Leeds University students asking for volunteers to participate in an oral history project centred on farming in the Yorkshire Dales. I joked with my housemates about how perfect this was for me – I love history (a useful passion to have whilst finishing up a degree in the subject), I love the countryside (an unavoidable consequence of growing up on the North York Moors), and I come from a farming background myself (at least one of my friends has found themselves stuck in a conversation with my dad about milk prices). Understandably I replied to the email immediately.

Shortly afterwards I met the lovely Harriet and Rob, and was introduced to my fellow Leeds University volunteers, Lauren and Emily. The three of us bonded over our shared love of history, and after spending four hours in a car together for our road trip to the Dales Museum in Hawes our friendship was solidified.

And so I found myself, on the most gorgeous July morning, driving down the winding lanes of Bishopdale, feeling pretty smug that I’d managed to score myself such a great volunteer project. Of course I had to stop my car numerous times as I drove over the top and dropped down into Upper Wharfedale, desperately trying to make myself and my camera take in the idyllic valley below. I always find a lot of comfort in the Dales, and there are definitely similarities to my own little Yorkshire dales back home on the Moors. But what always strikes me is the scale of things; the deep valleys with steep sides that wind on for miles and miles. It creates a sense of remoteness that I think is incredibly exciting, and I love that I have an opportunity to explore these foreign dales as I participate in this project. 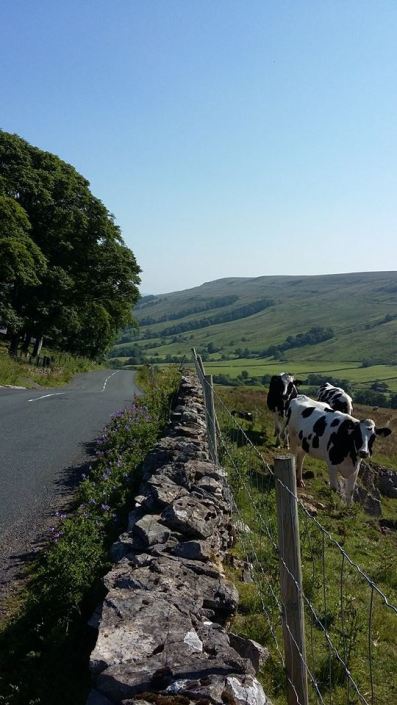 Despite the frequent layby photoshoots I arrived at the pre-organised destination of Kettlewell in good time, with Lauren and Emily arriving soon after. Cake was a must, and we immediately descended on the The Cottage Tearoom to discuss pre-interview tactics, topics and nerves. After demolishing my slice of carrot cake, and after we had fully consulted the questions and double-checked the interview microphone, we found we still had an hour spare. We decided to inquire with the lovely lady behind the counter at the café, and we were pointed in the direction of a footpath. It provided the perfect amble along the meandering River Wharfe, with a convenient river bend for us to sit and relax at for five minutes before returning to Kettlewell.

We weren’t the only ones making the most of the weather, as tractors paced up and down the numerous fields along the valley turning hay and walking groups cheerily wished us good morning as we wandered back to the car.

As this was our first interview we were eager to show our first interviewee, a Mr Stuart Hird of Yockenthwaite, how completely competent and professional we were (however the opposite we felt). Stuart’s instructions to his farm were thorough, and when we reached the post box by the side of a stone bridge we knew we’d found our place.

Yockenthwaite Farm is perched amongst the rolling hills of Upper Wharfdale, reached by winding through the chocolate-box villages of Starbottom, Buckden and Hubberholme. The bends of the valley isolate this small group of buildings, and it feels like it’s in a world of its own. Walkers stumbling across Stuart’s farm rejoice when they are met with a chalkboard sign advertising help-yourself refreshments, and the old stable building at the end of the farmhouse is kitted out with a boiler for teas and coffees, a cool box full of cold drinks, and most importantly a huge tupperware filled with flapjacks (that we very much recommend). It was here that we sat down to do our interview.

Stuart Hird is a hill sheep farmer, who runs a family farm with his wife and sons alongside a thriving granola business. Their family has farmed at Yockenthwaite for centuries, and we were honoured to be given an insight into what farming life is like for Stuart and the Hird family. We helped ourselves to a cup of tea from the refreshment table and sat down on the available bales of hay in the old stable. The farm dog definitely enjoyed the attention as it snuggled down at our feet, particularly favouring Emily and causing a few chuckles during our recording. We were also accompanied by a particularly friendly chicken and a string of house martins who flew in and out of the stable, providing a beautiful sing-song background to our interview.

We occasionally greeted walkers who wandered in to gratefully grab a drink from the table – it was lovely to see so many people out and about on a sunny day in the Dales. Our conversations with Stuart ranged from the history of his family and the farm itself, to current government schemes and political environments, to what makes you smile when you gets up in the morning. Even though the latter question was met with a comically long pondering time, it was clear that Stuart loves farming and loves what he does. It was a pleasure to talk to him about it for over an hour in a shady barn on a warm summer afternoon.

After saying our farewells and thanks to Stuart, the three of us agreed our first interview had been an overwhelming success. We celebrated in the form of a door-stop sized sandwich from the Blue Bell Inn back in Kettlewell, accompanied by some of the best chips I’ve had in a while. We are all very excited for the next stages of the interview process, when the transcript and audio files will be available online and we can share the stories and opinions Stuart was kind enough to share with us.

[…] our second farmer interview (the first has been written about by Lauren, here), we were on our way to the sleepy hamlet of Braidley, nestled in the valley of Coverdale. The […]