Words and photos by Rob Fraser

I have passed this remote building on the open moor of Swaledale Head on a number of occasions. Squat and square, with an angled chimney stack and a partly repaired roof, this old shed is surrounded by three walled in enclosures, I recognised it as some sort of sheep station and have seen a few tools on the walls, reminders of work carried out a while back. Four hundred and fifty metres up on the peaty moorlands, often in the clouds, this is a wonderfully evocative spot, and it looks as if it has had its day as a useful building – but that is far from the truth. I asked  a few farmers in the valley whether it is still used and found that Raymond Calvert of Hoggarth Farm  still gathers his high fell sheep into for shearing, rather than bringing them a few miles down to his farm yard. It is called Beck Meetings.

When Ray phoned me last Monday night to tell me he would be gathering some sheep to Becksmeet, I jumped at the chance of joining him and was pleased I was available – shearing out of doors is dependent on dry weather and we have all been waiting for that! I arrived at ten to see Ray, his brother Chris, and his son Andrew driving slowly on their quads, urging nearly a hundred sheep towards the shed from White Mossy Hill and Coldbergh Side to the north. Once in the pens the sheep were sorted ready for shearing. Some had already been sheared a few days earlier, and this year’s lambs won’t be clipped this summer. Once these had all been separated, about 40 or so Swaledale sheep remained to have their heavy fleeces removed. It was a hot day so I figured the sheep would appreciate being cooler without all that wool.

Ray began shearing using a set of electric shears powered by the quad bike battery. Andrew later fetched the tractor to give extra power. Chris sorted the sheep, and as he did, checked each one carefully, seeing if any had problems. Once checked, each newly clipped sheep was marked with the flock’s wool mark (sometimes called a smit mark) – a black line down the back. On an open common the sheep of several flocks graze the fells, and each flock’s mark provides easy identification. 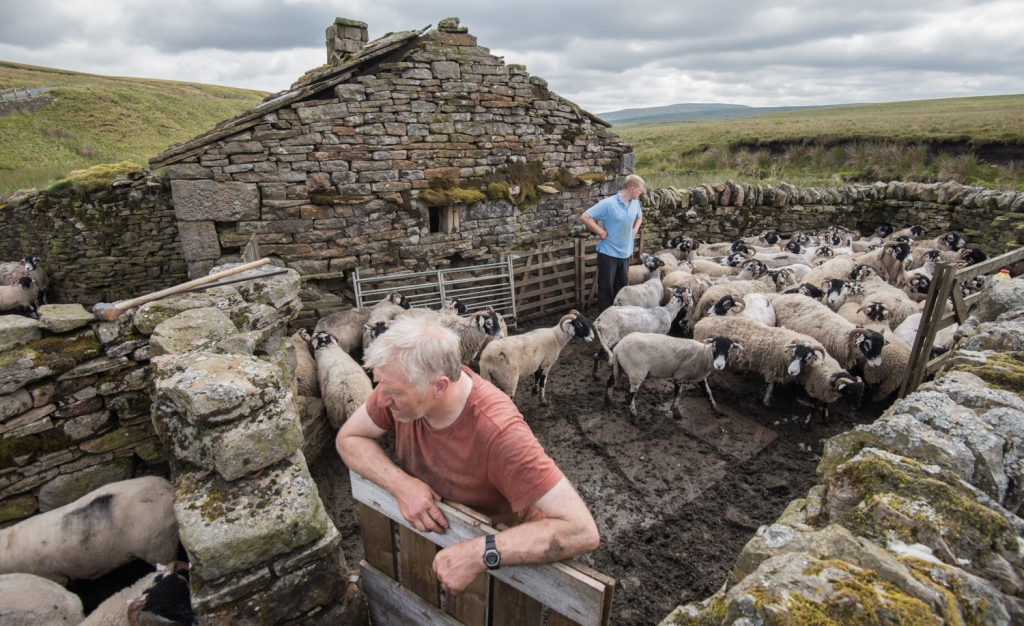 I watched as the fleeces were rolled, and helped out, rolling a few myself to make them more compact for stuffing into big white bags. When full, the bags are sent to the wool graders in Bradford and then will be used within the wool chain, perhaps for carpets, but the end use is not certain. Ray expected to make somewhere in the region of 45 pence per fleece – not enough to make any money from the wool. Swaledale was once famous for its wool and this region was built on the wealth that wool provided. Today it is considered more of a burden than anything of value. 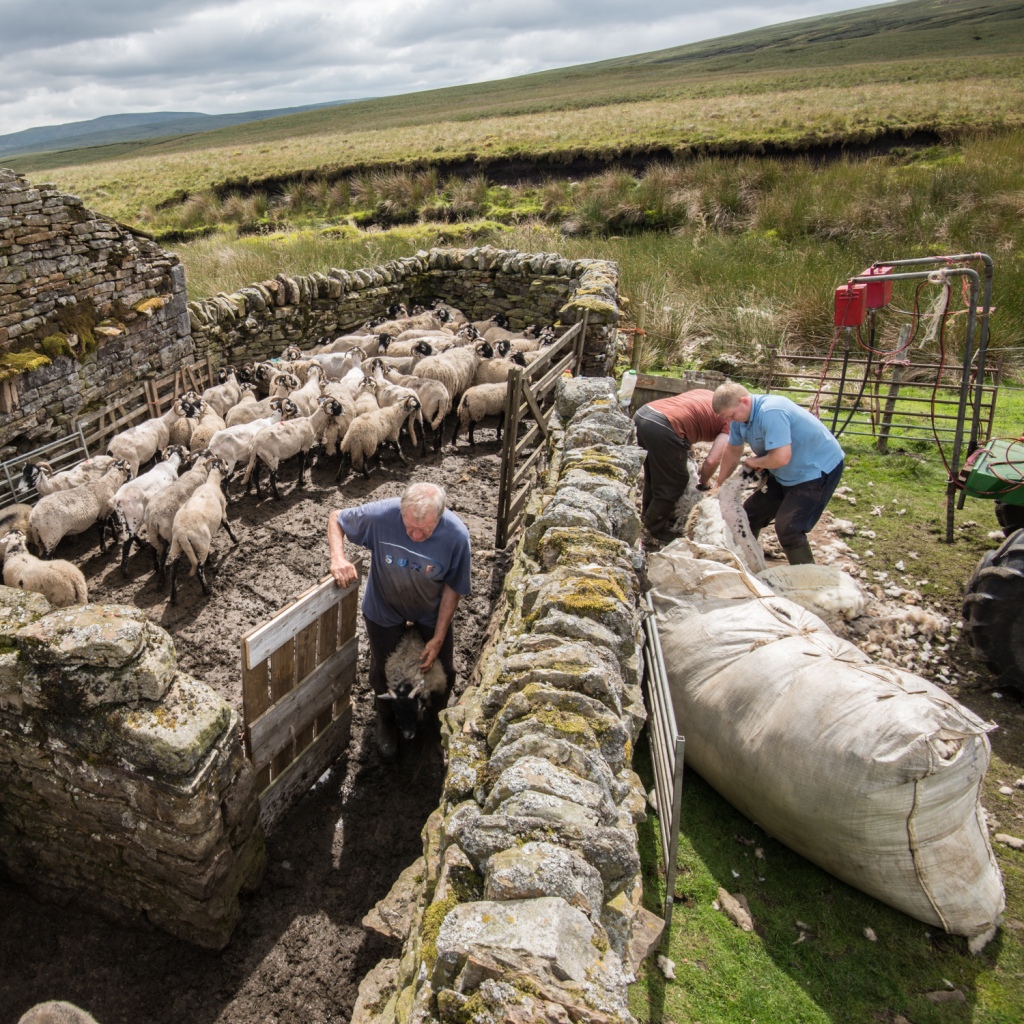 It took just under four hours to complete the shearing, check and mark all the sheep, and then they were let out from the pens to return to the fell – they follow tracks they know well. This is the land they are ‘hefted’  or ‘hoofed’ to. My day was done, but Ray and the others had to return to the farm to get on with the task of shearing more sheep that were closer to their yard. Shearing is a busy time of the year for farmers and is often done in batches like this, moving around different locations and taking the opportunity when the weather is right.