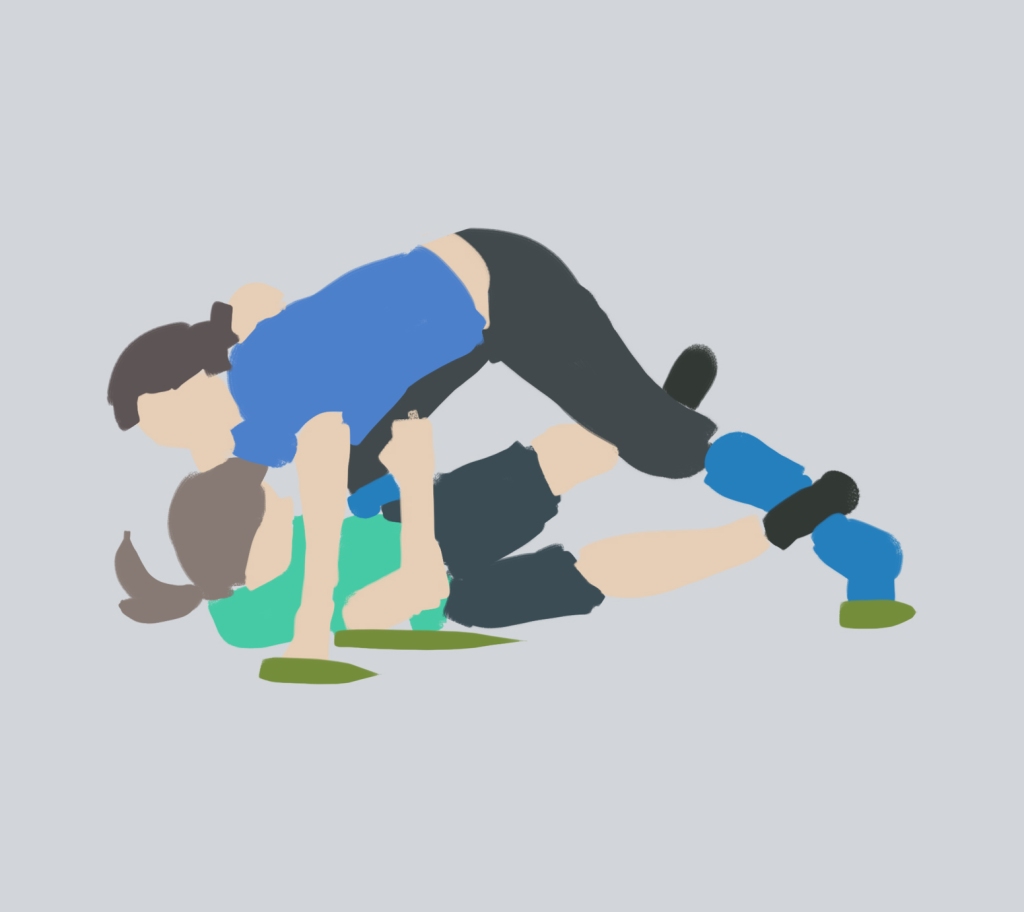 Given the strong association of the Dales Countryside Museum at Hawes with the drawings, woodcuts and photographs of Marie Hartley it feels particularly exciting that this project has attracted a couple of people who want to add their own drawings to the collection.

When Voices of the Land began we put a call-out for volunteers, and we’ve had a great team of people doing interviews with farmers, photographing and transcribing. A few months ago Steve Mason and Rachel Waller let us know they were interested, but instead of conducting interviews, they wanted to get their pencils and paper out.

Steve is an architectural designer and has been running a small Architectural practice based in Kendal for the past 23 years. ‘I was born in Cumbria, but have Yorkshire farming in my roots on both sides of my family, from Wensleydale & Dentale,’ he says, ‘and I have a love of the Dales. Drawing, mainly pencil or pen & ink, has always been part of my life for both work & pleasure, generally far too much of the former & not enough of the later. Having the opportunity to be involved in Voices From The Land has provided the excuse I needed to spend more time drawing for pleasure, and a pleasure it has been!’

Steve has concentrated on pencil drawings, sketching while visiting shows and on farms. Here’s a sample of what he’s been up to – it’s a view of Ravenseat in Upper Swaledale (where Amanda and Clive Owen farm). 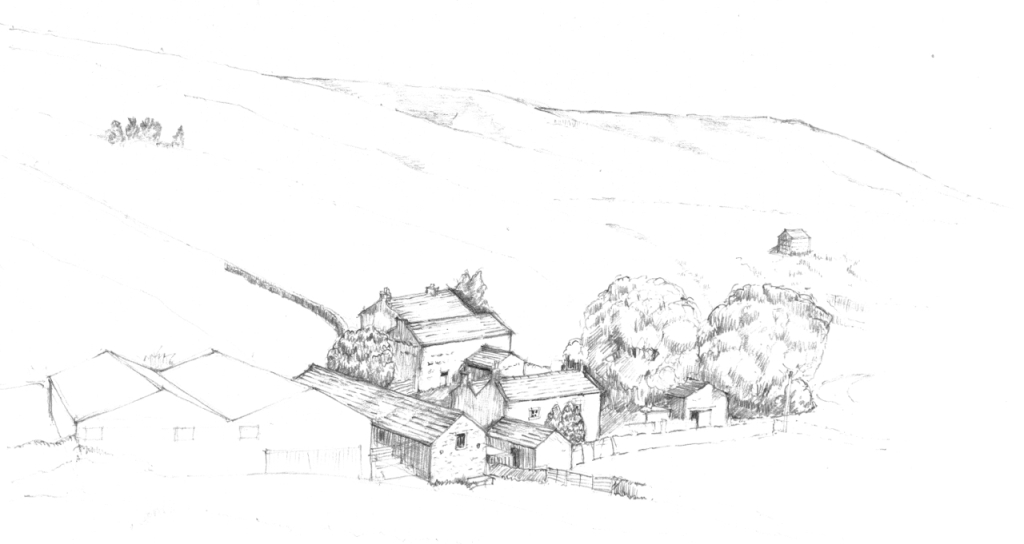 Marie Hartley’s wood-engraving of the same farm features in the book written by Ella Pontefract in 1934. The Dales Countryside Museum has the original woodcut in its collection. 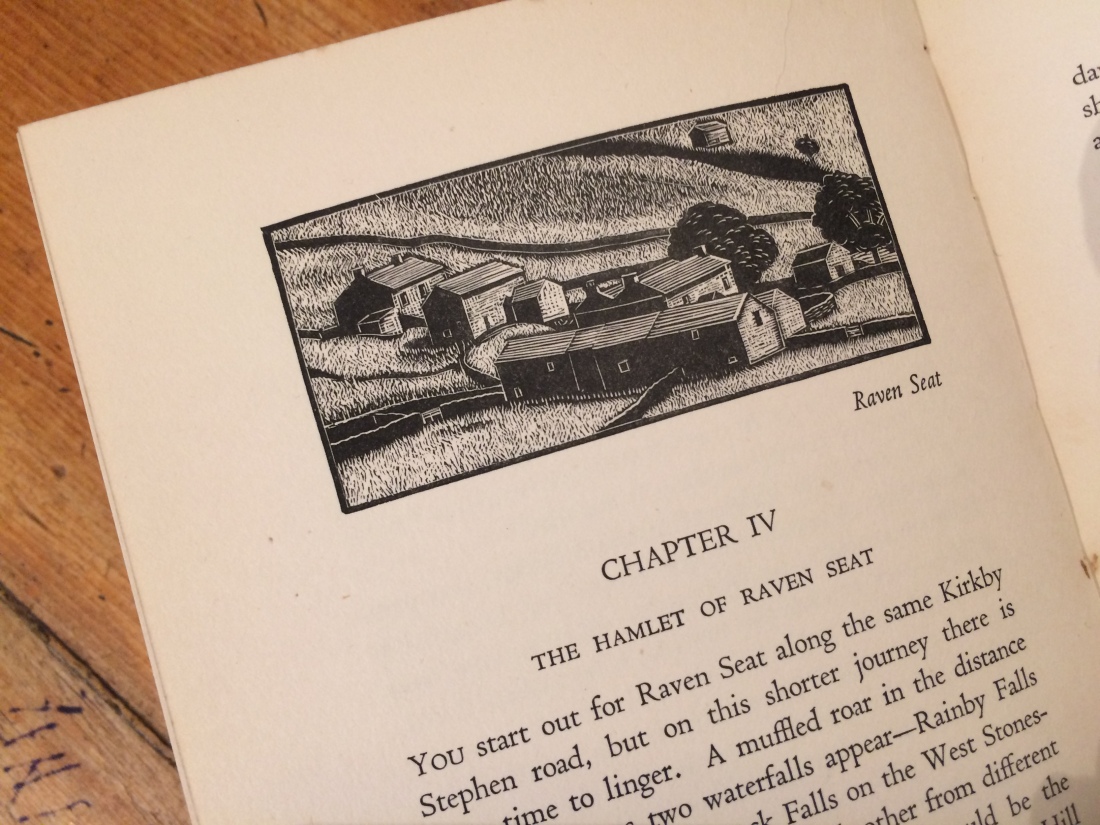 Steve has been joined on some of his visits to the Dales by artist and Architecture student Rachel Waller. While Marie Hartley began with sketches, and progressed from these to woodcutting, Rachel has been starting with sketches and using digital technology. Here’s an image of hers made from sketches of the wrestlers at Crosby Ravensworth Show at the end of August. 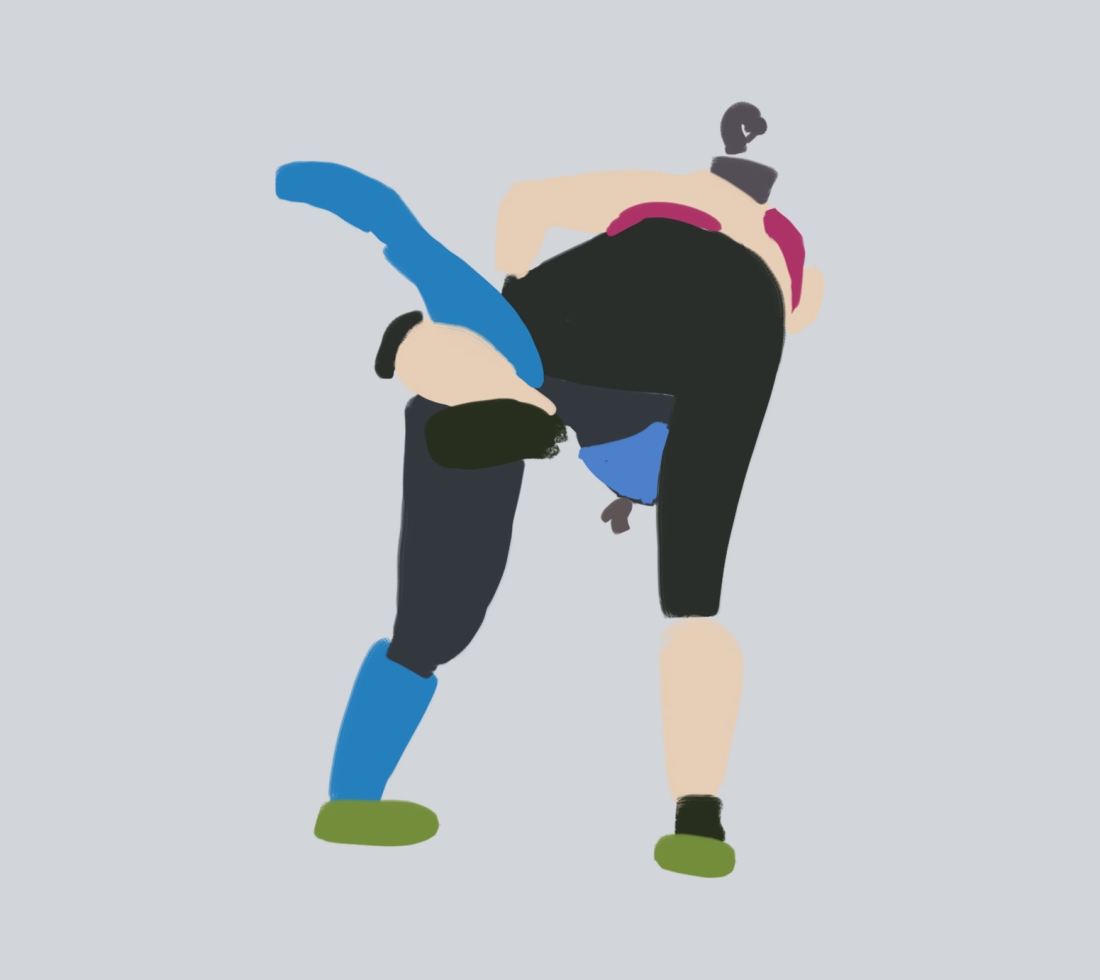 Rachel lives and studies in Manchester, but has a hankering for Yorkshire. ‘I am very attached to Yorkshire as my parents and theirs hailed from there.’

And while Steve and Rachel have been getting their prints mounted up, Rob and I have been busy writing captions for the images that will be on show – a black and white portrait made of farmers at each farm we have visited and a selection of colour images, including contributions from John Bentley and Alice Cummings. 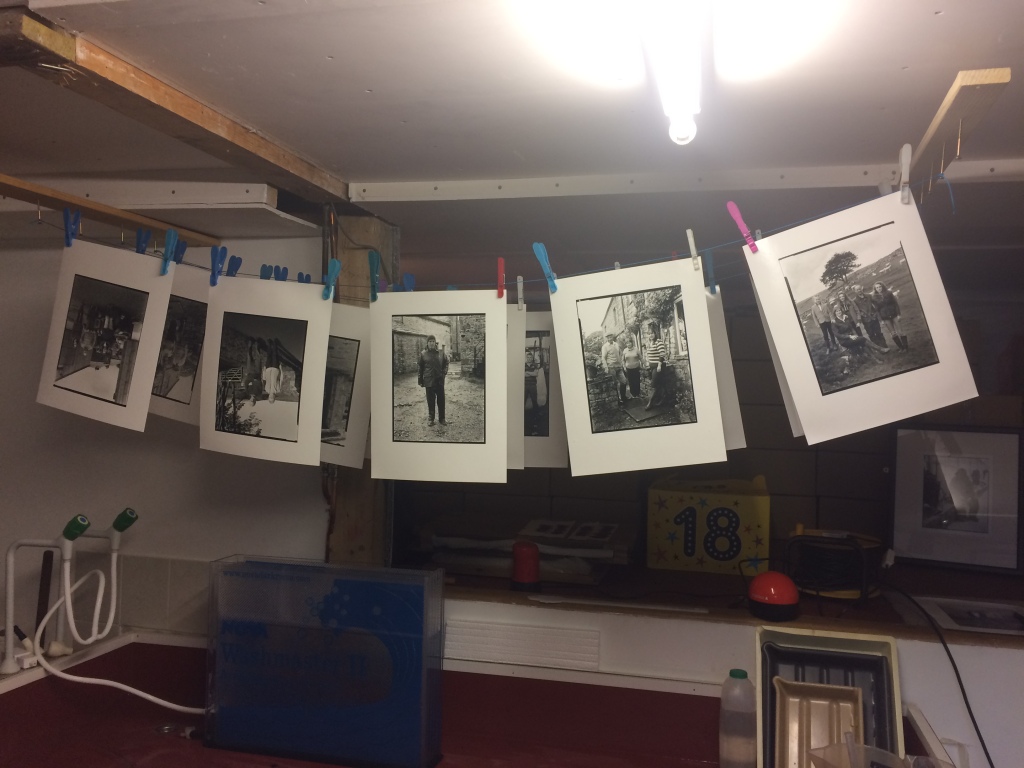 A few of the black and white portraits of the farmers drying in Rob’s darkroom. 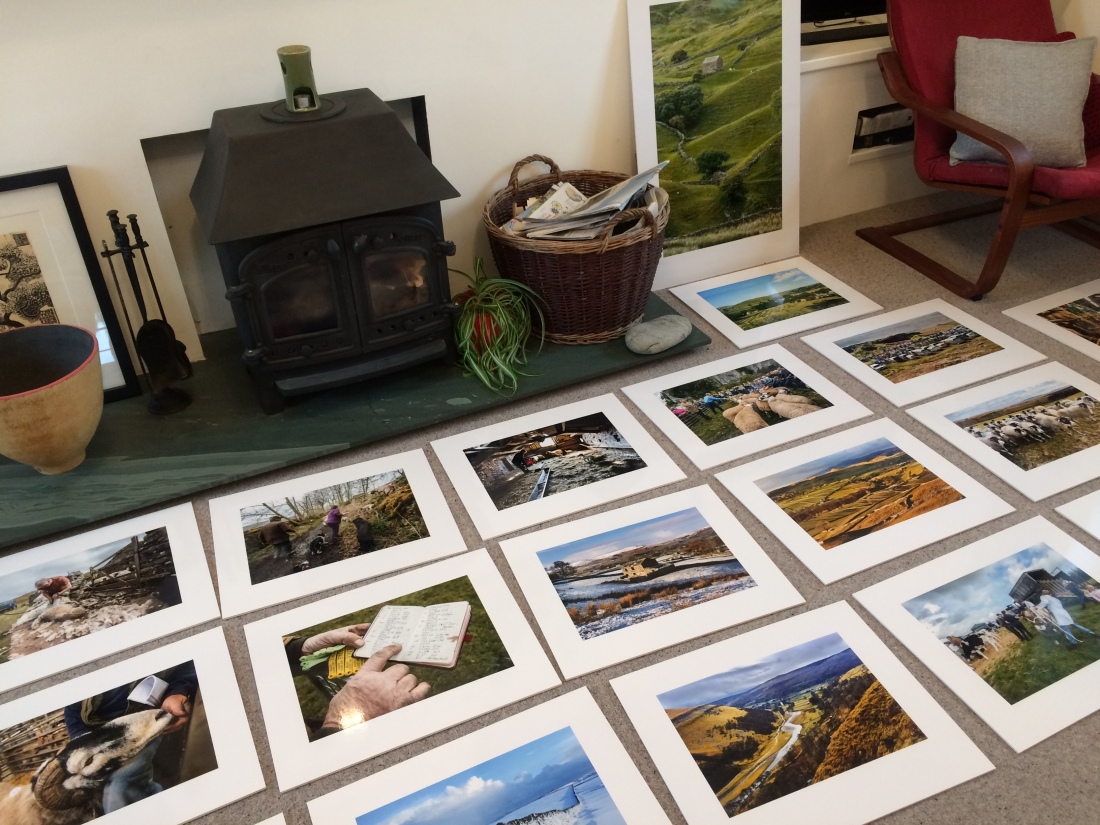 Getting an overview while writing captions

Exciting to see them laid out like this – next week it will be time to hang them on the walls for the exhibition, which opens on Friday 6th October.

[…] of pencil drawings by Steve Mason, and digitised artwork by Rachel Waller (featured in the last post). And we have a selection of work by Marie Hartley in one of the cabinets, so you can get up close […]